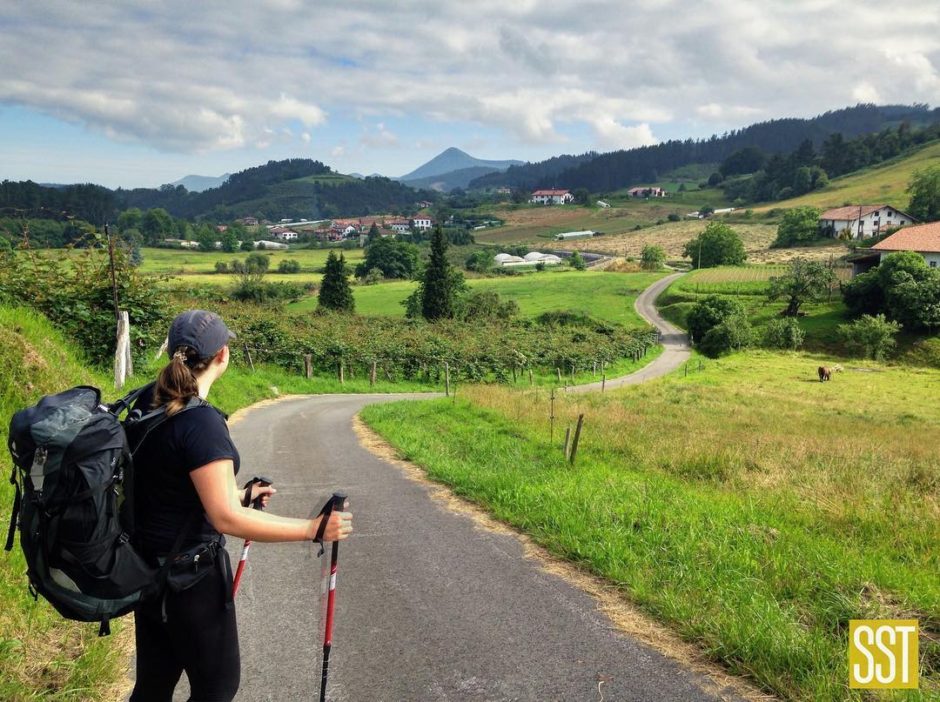 Have I explained that one day in the Camino feels like a week in “normal” time? Someone asks me about the morning and I feel like we are talking about days ago.

Anyway, today’s scenery was less dramatic than the previous days’ but still had many beautiful scenes to offer as well as some very technical trails that once again made me very grateful for my poles. 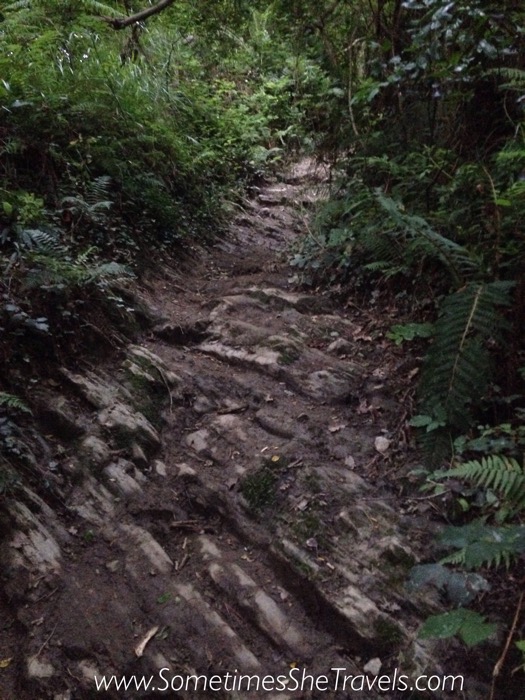 All the walkers agreed when we met later in the day that the dogs today were much more aggressive than any others we encountered and often off leash.

I departed the monastery right at 6 and plunged into the dark forest, which made me feel a bit like Little Red Riding Hood. Sol, from Murcia, Spain, passed me in Munitibar, then I didn’t see any other pilgrims for several hours. Sandra from Germany passed me at one point and a little later, Nicole from Austria caught up with me and she and I walked the last hour to Gernika together. 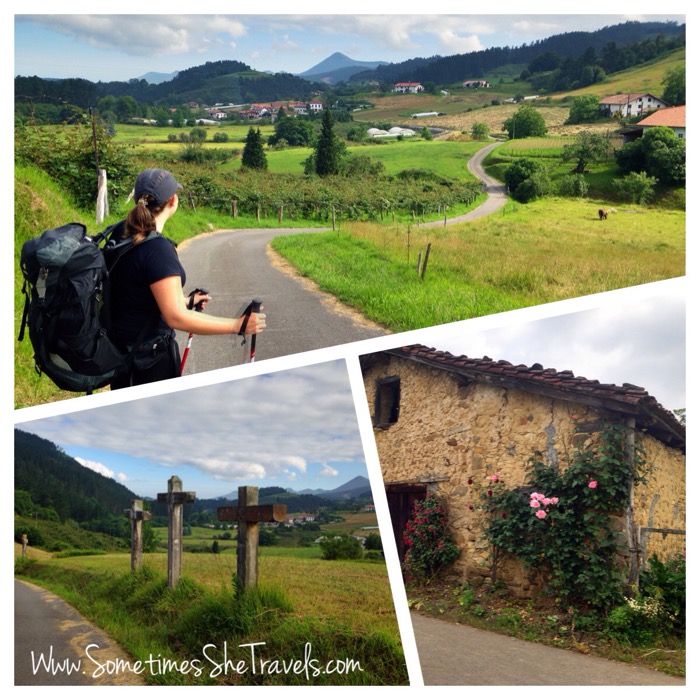 Nicole looking at the pastoral view…

Sol and I ended up getting a double room at a pension in Gernika, then took the Euskotren, which is akin to BART, with Fracia from Alicante to two other towns on the coast for an afternoon of tourism.

When we got back to Gernika, Sol kept running into other pilgrims she knew but whom I’d never seen before. Turns out that they had all departed from Irun on Saturday where I had left on Friday.  It finally dawned on me that by creating my own mini-stages, while the majority of people are following the stages in the guidebooks, I am basically with different people every night. It’s given me something to consider; I am a day or more behind those I began with in Irun and have just caught up with the Saturday departure people.

The Saturday people seem to be planning to walk all the way to Bilbao tomorrow while I had been planning to go to Lezama. It’s the choise between a thirteen mile day and an 18-mile day. The choice between remaining with people I met today or meeting new people. There are benefits to each that I won’t go into now because it’s almost 11pm but again, food for thought.

People I met today who are going all the way to Santiago: Simon and Phil from Germany; two French men who have been walking for over a month already; Jean, Patty, and Gayle from U. S.

Others (who are leaving the Camino in Bilbao): Benjamin, Marie, and Marie from Valencia; British woman; 2 Argentinian couples; Carmen and Miti from Spain.

Also saw Mirko fom Italy and  Javier from Malaga. And Alex from NZ with whom I had a great conversation. She is going to a Five Rhythms workshop in Bilbao Friday and has been to Sweat Your Prayers in Marin, where I am from. 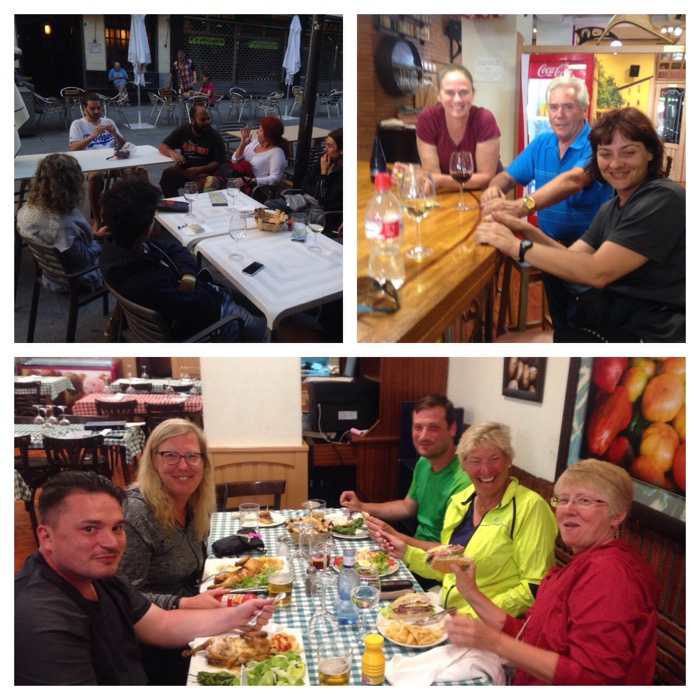 Day 9: Dreaming of the Camino Francés