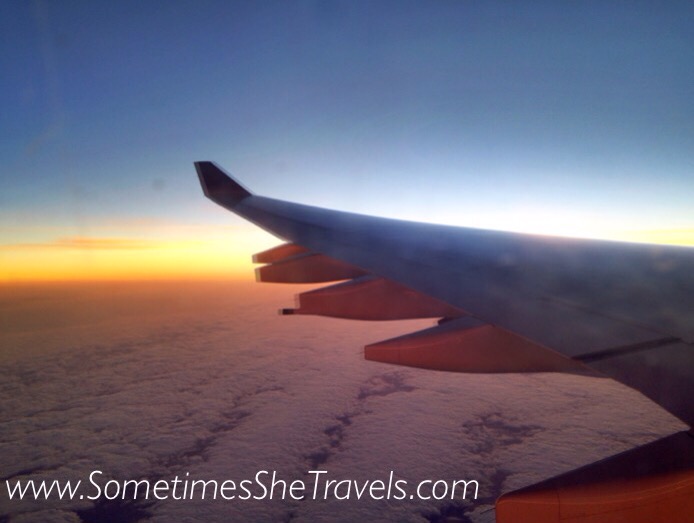 Tears come to her eyes as she watches the sun rise over the port wing of the airplane, as she watches the sun rise over her first glimpse of Spain in almost a year. She thinks back to her last day in Spain, last summer, when there were many tears shed. This is, she realizes, a homecoming, to a land she loves, a language she loved, a people she loves.

As she dries her eyes, she chuckles, wondering whether this Camino will be as full of tears as the last. She laughs because the seemingly endless Camino tears, the well of emotion plumbed by the Camino is oft-discussed between her Camino Facebook friends and she realizes the inevitability of more this year. 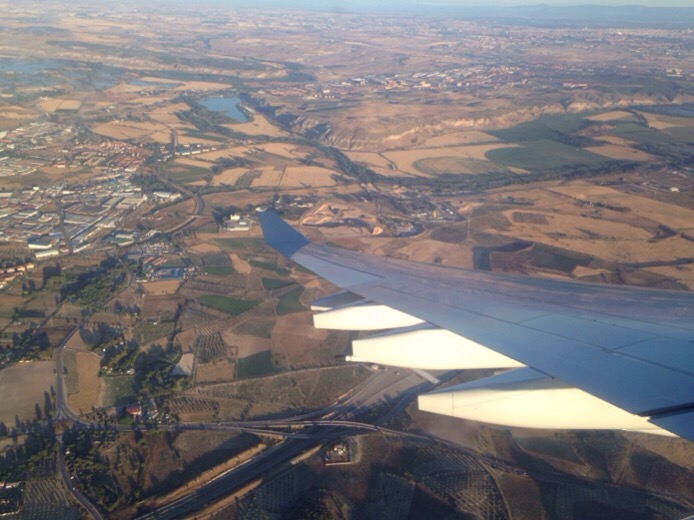 The flight from Chicago to Madrid was uneventful, if long. I was glad to have my sleeping bag to snuggle up into and got an hour or two of sleep between watching movies and finishing my book. 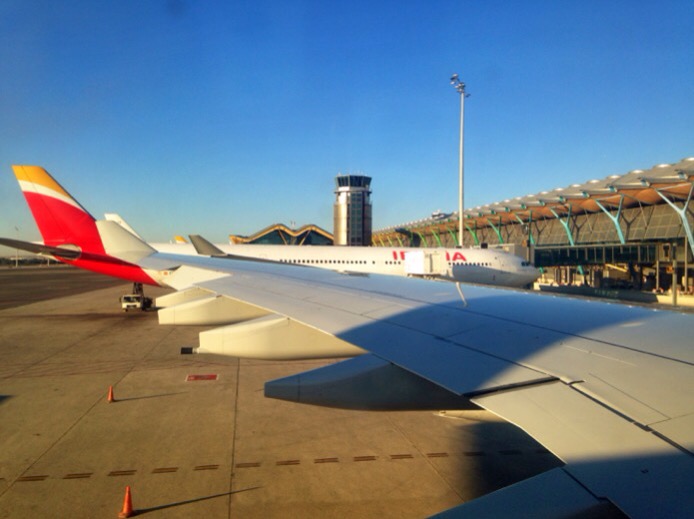 When the plane landed, I walked as swiftly as I could to customs, eager to beat the crowds of U.S. students who had also been on the plane. As soon as I got into line at Customs, a new line was opened. The customs officer waved me through, took one look at the Camino gourd (a gift from Olalla on the last Camino) and my pack and asked, “Camino de Santiago?” “Sí,” I replied and he waved me through.

After taking the airport train from the satellite terminal 4 to the regular Terminal 4, I had a little over an hour remaining before catching my bus to San Sebastián out front. Just the right amount of time to take the elevator upstairs to the departure areas and find the Cristal media store. 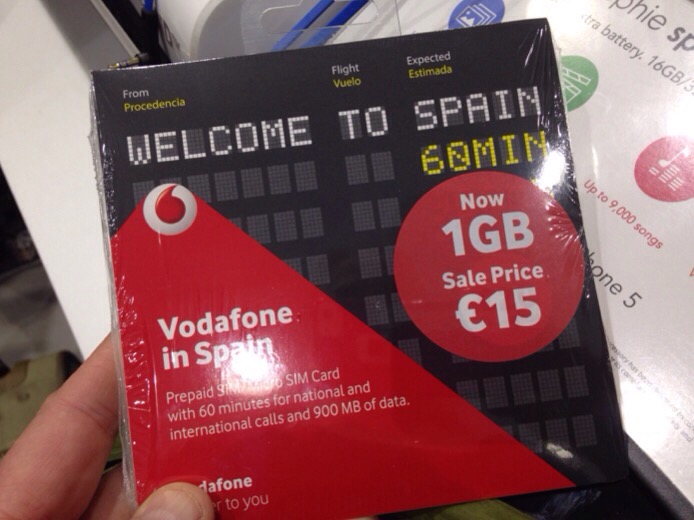 Up I went and there I purchased the 1GB Vodafone tourist SIM for 15€. I found out only later that this particular card does not allow texting, which is a disappointment because I had hoped to be able to text my local friends. My phone is already unlocked so the service rep at the store was able to remove my SIM and replace it with the new one. I could make calls but was unable to access the Internet; after a call to Vodafone, we discovered that there was still information in the settings from the company I used last summer in Spain. Once those were adjusted, I was set.

I had just enough time to run back down to the arrivals level, purchase a bottle of water from a vending machine, then run out to the bus stop. I had a little bit of difficulty figuring out where to catch my Alsa bus but eventually found it and at 9:15 was off.

The bus ride was about six hours punctuated by a few stops. We drove past places from last year’s Camino, like Burgos, and everything seemed much greener than last year; perhaps there’s been more rain. 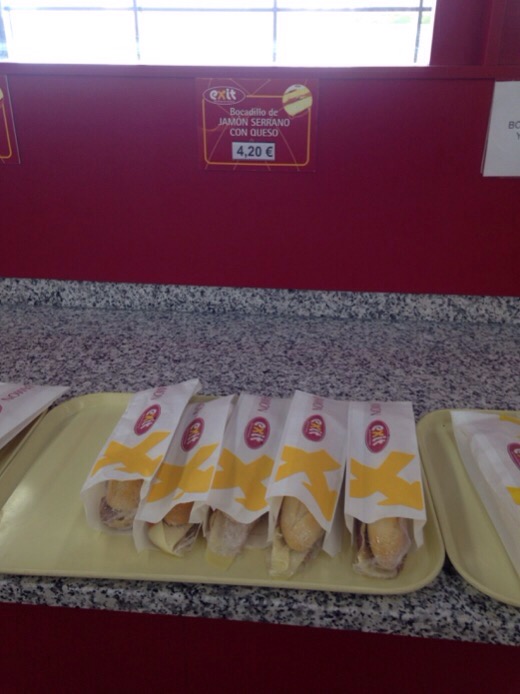 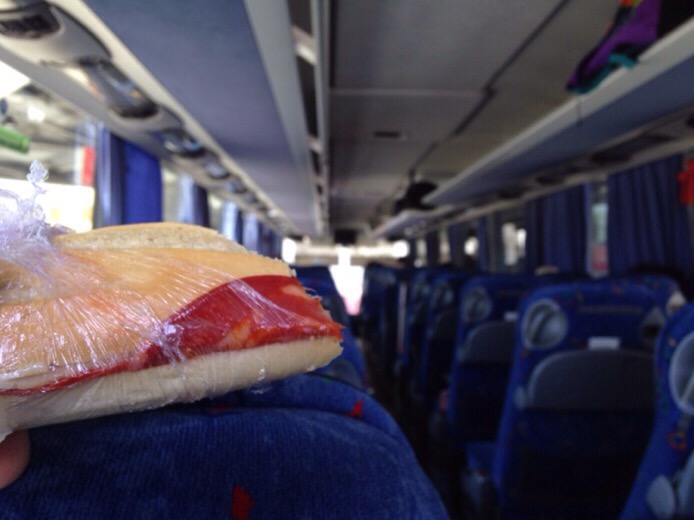 At a rest stop, I bought my first bocadillo of the trip, but surely not the last. Chorizo and cheese on a roll. No mayo, no veggies; that’s just the way they make them here.

Although I dozed briefly, I didn’t want to miss the views. It was just as beautiful as I remembered androids through the mountains to the coast was lovely.

I arrived in San Sebastián around 2:45, the walked 20 blocks or so to the central part of the city where I had plans to meet my friend, Carina, from high school, whom I hadn’t seen since college. More about our reunion and photos from the absolutely gorgeous coastal resort in my next post.

I just finished lunch and am headed to the albergue to get a place in line.