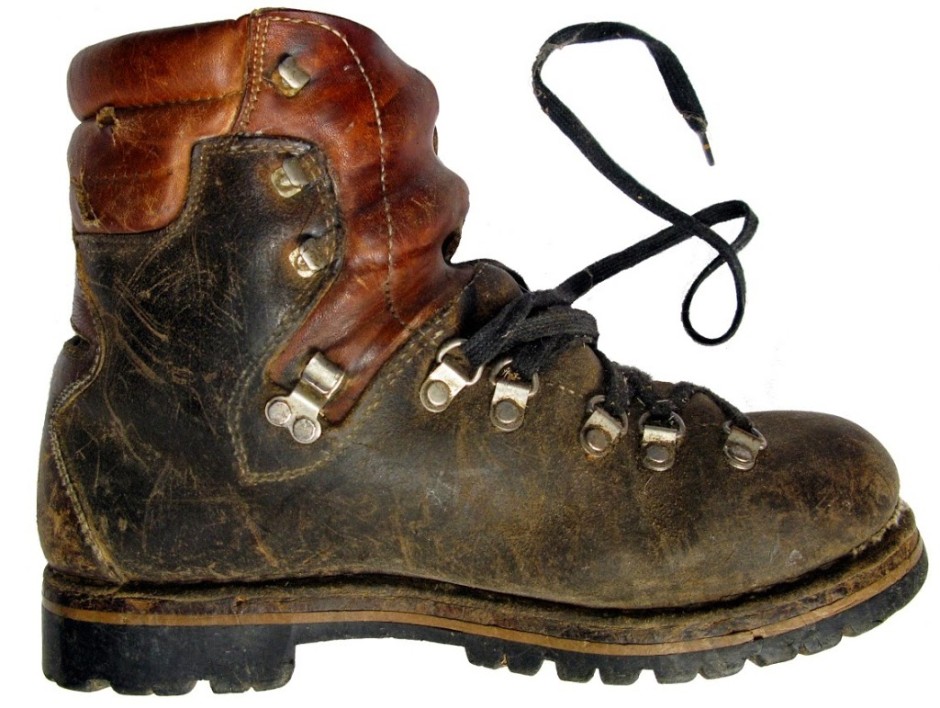 As a general rule, I am not a huge fan of shopping, but today I spent several hours in REI, first in the pack department, then with shoes, and finally, trying on hiking shirts and base layers. I took my purple Osprey Sirrus 36 (women’s counterpart to the Stratos) along, packed with all my intended gear (substituting my rain jacket and pack cover for the GoLite poncho that I will be carrying on my trip but that hasn’t yet been delivered; after all, I only ordered it late last night).

My goal was to transfer all my gear to the Osprey Kyte 36 (the women’s version of the Osprey Kestrel), which I thought had some design aspects I prefer. As often is the case, there was a helpful REI customer service rep available to provide advice and fit the pack properly. (He was very excited when I told him that I was going to walk the Camino Frances as it is the setting for one of his favorite books, The Pilgrimage, by Paulo Coehlo, which he recommended I read.)

When I finally loaded up the Kyte, what a difference there was between the fit, the sit (I don’t quite know how to put it) of the Sirrus, which has a suspended mesh back panel and a very stiff aluminum frame and that of the Kyte 36, which sports something called an “HDPE framesheet/metal alloy peripheral frame” and does not have the suspended mesh back panel. As soon as I had the Kyte on my back and was strapped in, I knew that the Sirrus was “my” backpack. (Interestingly enough, when I purchased the Kyte 46 over a month ago, I made a point of posting that I was “uncertain” about that pack, couldn’t claim it as my own. For those of you who are “gearheads” or anyone currently searching for “their” pack, please see notes below.) It felt great to finally know.

Next I headed upstairs to the shoe department where I tried on a pair of size 10 white/gray Teva Terra Fi Lites and a pair of size 10 black Teva Tirras. Some of you may recall from a previous post, that in mid-April I purchased multiple pairs of Teva water sandals from Zappos, which has free shipping both ways, in an attempt to make an educated decision about which ones to take. None of them thrilled me, especially for the price and the weight (approx. 20oz) so I began trying on Crocs and other lightweight shoes. However, after all that trying on and reading many different opinions, getting feedback from my Camino penpal about her experiences (she loves being able to change into her Tevas during the day and actually hike in them, something I have been doing for the past 20 years myself), and then finally Mom’s experience walking five days on Via Francigena in Italy and how happy she was to be able to change into her Tevas, I came to the conclusion that I need to take a pair. Anyway, I had ordered a 10 1/2 in the Lites and thought they might be too large so wanted to try on the 10s. Turns out the difference seemed negligible. However, when I got home tonight and decided to wear the 10 1/2 Lites around the house with socks, I realized the 10’s would have been too small to wear with socks.

I made a quick detour in the hat section where I tried on Outdoor Research’s Sun Runner Cap and Sunday Afternoon’s Zephyr and Sun Tripper Cap (which I ordered last night from REI Online).

Finally I landed in the women’s clothing section where I tried on a number of items, including Royal Robbins’ Noe Short Sleeve Shirt, which is adorable because I have to admit, I want to have cute hiking shirts. The main material of this shirt is called Micro Modal, which none of the three REI employees I asked about it knew anything about. My hope was that as long as it wasn’t cotton, it would make a good hiking shirt so I bought it and, returning home, began researching Modal on the Internet. Turns out that it is made from beech trees and from what I read on a board in the Backpacking Lite forum, not the greatest for hiking.

I also purchased a Brooks running shirt, which is synthetic and looks all right but the truth is, I’m not a huge fan of athletic-looking shirts. I bought a pair of Prana yoga pants that have a nice little flare at the bottom, not for my trip but simply because I’ve been wanting a pair. And finally, I bought two different types of base layer bottoms, silk REI long johns and SmartWool merino bottoms but when I returned home and looked up a comparison on the web, I decided to suck up the price and keep the merino pair. My last purchase was a SmartWool merino t-shirt that I really like. I thought it would be weird to wear wool to hike in when it is warm but one of the REI employees said that it actually has cooling properties and when I looked it up, turns out that’s the general consensus about it. More info here. I might get another one, probably the Persian red!

There is so much more I want to write but I also want to read two more articles, one about fleece vs. merino and another on merino sleep sacks.
NOTE: The Kyte series of backpacks utilizes Osprey’s “AirScape” suspension system and in my opinion, molded to tightly to my back, feeling like a strange and bulky appendage rather than something separate but attached.
What type of hat, shoes, base layers, and pack are you considering? Where did you do most of your shopping for your gear?

30 Day Countdown to My First Camino