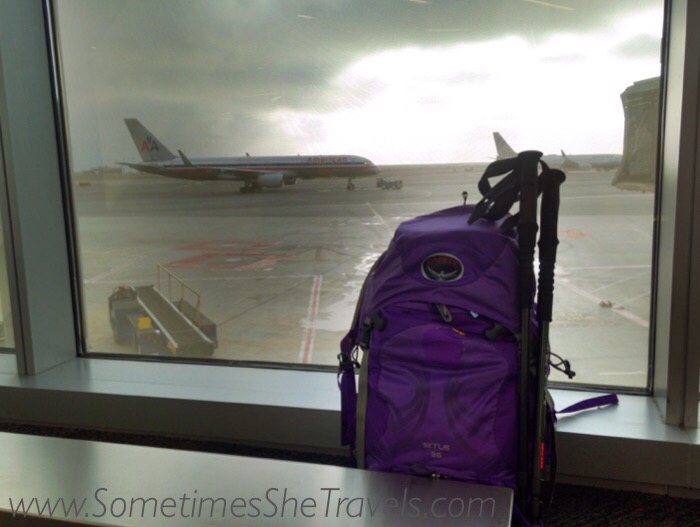 Well, it’s been an adventure right from the get-go. 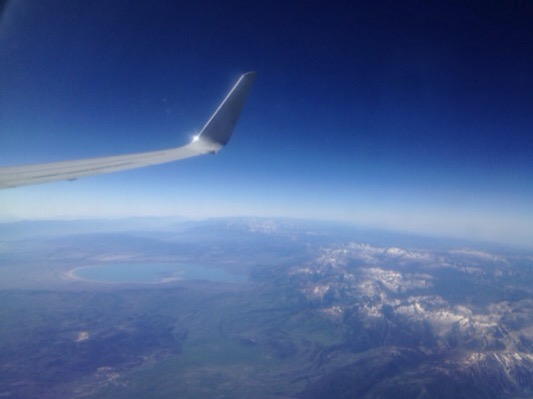 The alarm went off at 5:00AM (good practice for the Camino) and my friend, colleague, and neighbor, Ashley, was kind enough to give me a ride to the Airporter to catch the 5:37 bus. The bus ride was uneventful, the City of SF and Golden Gate Bridge blanketed in fog, and I spent my time wondering whether my poles would make it through airport security or if I would be made to check my backpack.

As it happens, neither of those things occurred BUT it was very fortunate that I arrived at 6:20 for my 8AM flight because…

When I attempted to print my boarding pass at at airport kiosk, I received a printed message that my flight must be re-ticketed. Grumpily I trudged over to the long check-in line, which I haven’t used for years because I always take carry-on only.

In a nutshell, what I learned from the Anerican Airlines customer service rep was that back in May, I had been bumped from my Iberian Airlines flight out of Chicago and re-routed through LA. My new flight was scheduled to leave SFO today at two for LAX where I would catch a flight to Spain, arriving in Madrid at 2:30PM tomorrow instead of 7:30AM. According to the rep, an email had been sent to me on May 8th explaining all of this.

We checked my email, and sure enough, a message had been sent, however, it had not mentioned anything about the change in itinerary. In fact, it re-confirmed my original itinerary.

The service agent was incensed on my behalf and her fingers flew over the keyboard as she attempted to sort it all out and rectify the situation. I, of course, stood there silently hopeful that this mix-up would result in a free upgrade to business class, on either route.

Sadly, it did not. But somehow she was able to get me back onto my original flights. Ultimately, while frustrating and slightly inconvenient, the re-routing would have been fine. Although I have already purchased my bus ticket for the ride from Madrid-Barajas T4 to San Sebastián, I imagine that I could have found a way to change it and would simply have arrived at my destination in the evening rather than the afternoon.

Having resolved all that, I made my way to Security, where the wait was a mere 15 minutes or so, and where nobody said a word about my trekking poles and I glided right through without delay. 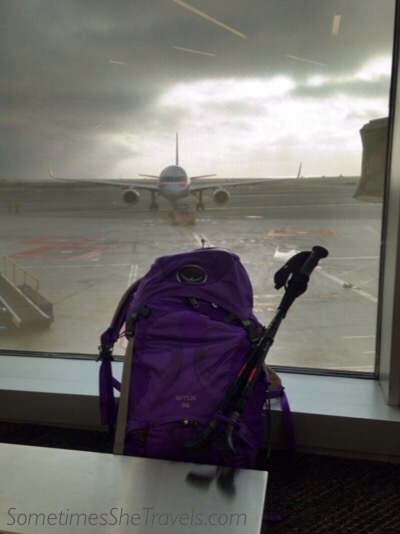 I located my gate, snapped some photos of my pack, then headed over to Andale where I bought a carnitas burrito to go for breakfast, a random choice, to be sure.

When I arrived back at the gate, boarding had begun, and while I stood waiting for my “group” to be called, I heard someone behind me say, “Elissa!” I turned around and there was my friend Becca, whom I have not seen for some time. She had been checking out my “beautiful purple backpack,” she told me, when she realized that it was me wearing it!

We had just a few moments to catch up before it was time to board, then bid farewell and I headed down the causeway, boarded the and, and found my seat in the window seat of the last row. My pack fit perfectly in the available “crew use only” overhead compartment, I stowed my shoulder bag under the seat in front of me, then with burrito on fold-out tray table and John Grisham book in hand, settled in fort the long flight to Chicago. 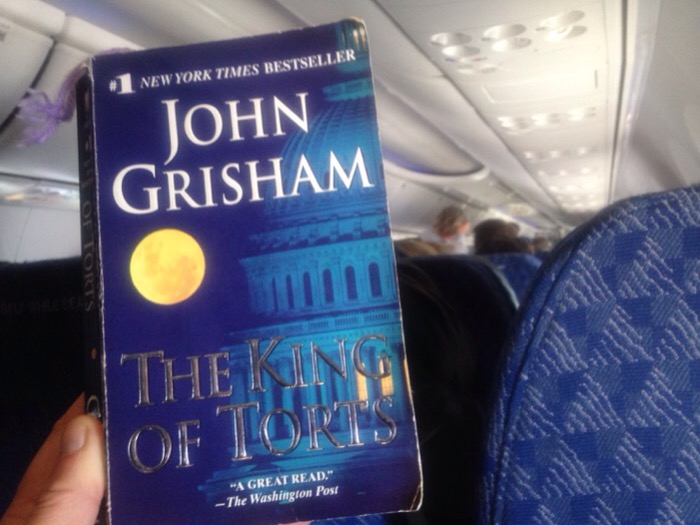 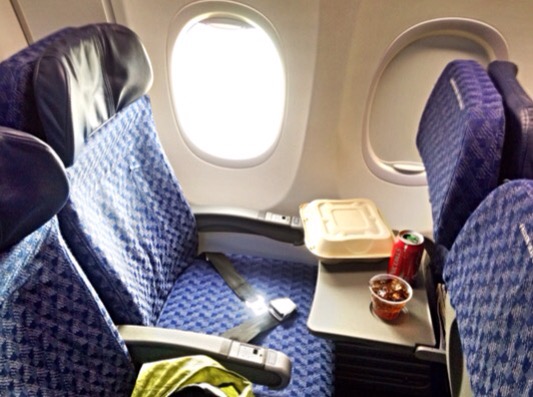