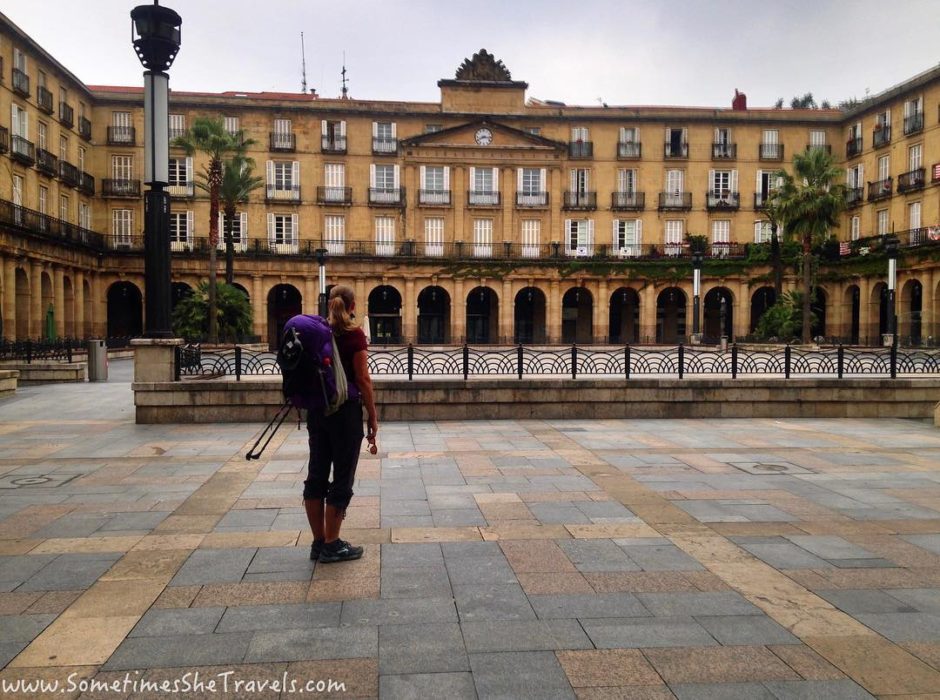 “Introverts, in contrast, may have strong social skills and enjoy parties and business meetings, but after a while wish they were home in their pajamas. They prefer to devote their social energies to close friends, colleagues, and family. They listen more than they talk, think before they speak, and often feel as if they express themselves better in writing than in conversation… Many have a horror of small talk, but enjoy deep discussions.”
―Susan Cain, Quiet: The Power of Introverts in a World That Can’t Stop Talking

Today I was asked by someone how much of my time on the Camino was spent alone vs. with others. It was a question worth pondering, so I spent an hour-or-so going through my photographs and journals to come up with an accurate answer. As I looked back through everything, I remembered that in January, when I began researching the Camino, one of the first things I did was a web search for “Introverts on the Camino” because I wondered “how this journey would be for someone who’s accustomed to having her space; lots of space, and time, alone”. And my first day on the Camino, during the walk from St. Jean to Orisson, I spent a fair amount of time thinking about the differences between introverts and extroverts and how I would manage the evenings with so many other people crowded together in the albergues. 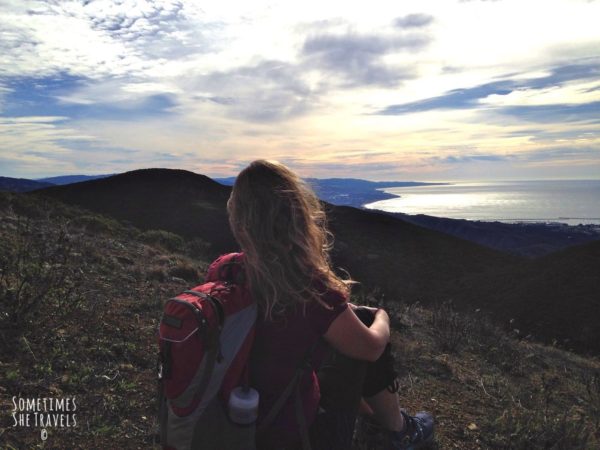 While I love spending time with friends and family, I am one of those people who need a great deal of time and space to myself.

As it happens, the Camino provided the best of both worlds; there was plenty of time for introspection and “recharging my batteries” as well as an abundance of opportunity to socialize with new friends and acquaintances from all over the world. In fact, it brought me out of the social cocoon I’d been living in since 2002 when I spent a year living by myself in a rural city of Japan, but that’s another story. 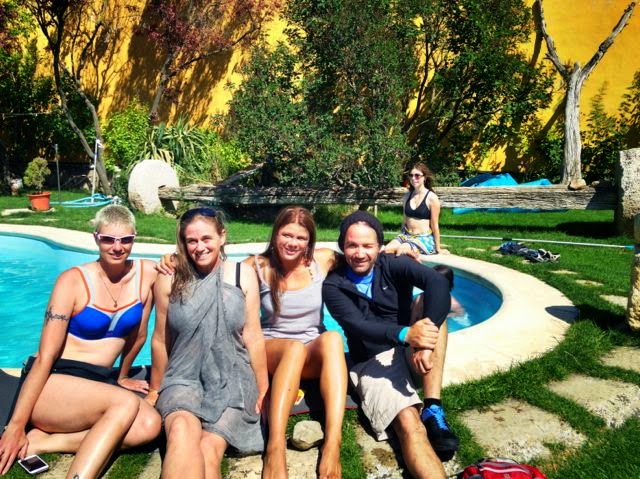 Day 15 (left to right): Armanda from South Africa by way of England; Sometimes She Travels author, Elissa, from San Francisco, California; Tamara from Germany by way of Italy; and Eduardo, the Spanish hospitalero of the paradise-like albergue, “En El Camino” in Boadilla. (Remind me to write a post about how often Californians and Texans say their state rather than country in introductions, lol.)

Here’s the breakdown of my time alone vs. time with other pilgrims:

On days 1, 2, 3, 4, 5, 6, 21-22, and 24, 25, 26, 27, and 28, I walked all day with other people. Days 17, 18, 19, and 20, were spent entirely alone aside from brief conversations with pilgrims I had never met before but encountered that day along the route. (Not knowing anyone these four days was the direct result of having taken a layover day in Boadilla on day 16; while I stayed behind to wait for a friend who had been injured, everyone else I knew, with the lovely exception of my friend, Armanda, with whom I’d just been reunited, continued walking, and that night I was caught up in a new wave of pilgrims, which is a story worth telling, and on my long list of things to write about sooner rather than later.) 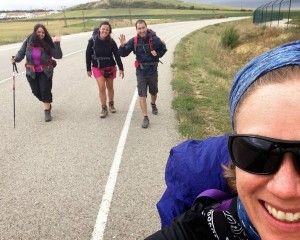 Approaching Burgos with Ana from Mexico and Cesar from Peru

The other days, I usually walked alone for for many hours, at the very least in the morning, as I developed the habit of leaving by 6AM to beat the heat, photograph the sunrise, and have some necessary “alone” time. I would often run into my friends at different places along the route during the course of the day, particularly around 8 or 9 in the morning, when we all seemed to find ourselves at a cafetería, often in a small town or village, having “second breakfast”, one of my favorite things on the Camino. Sometimes we would walk together for a period of time in pairs or small groups but many of us seemed to value time spent walking alone as well.

One of the things I loved about the Camino was that I could spend the better part of the day walking alone, albeit meeting new people from time-to-time, but then connect with all my friends around two (lunchtime in Spain) at our final destination, and then while away the afternoon and evening together over long lunches, swimming in rivers, trying out local pintxos, and sipping café con leche at outdoor cafeterías in beautiful old plazas… 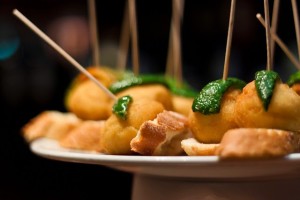 It was the best of both worlds…

Yeni, Ana, Elissa, and our new friend, Armanda not long before walking into Los Arcos. 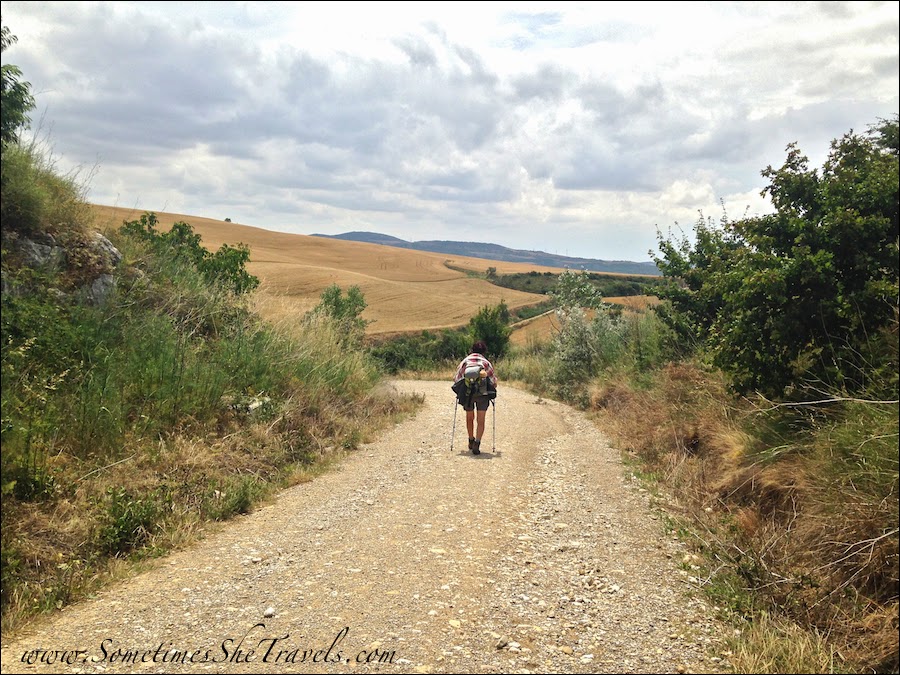 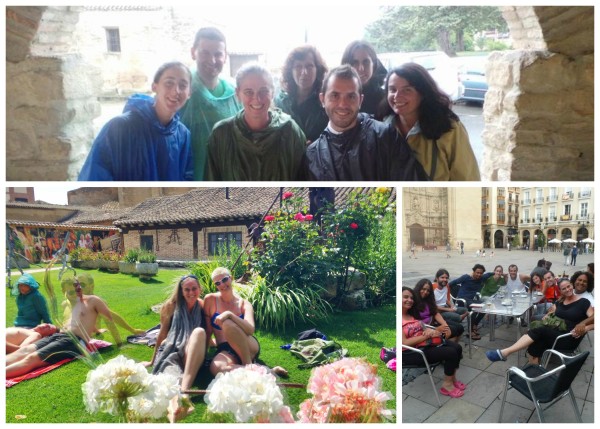 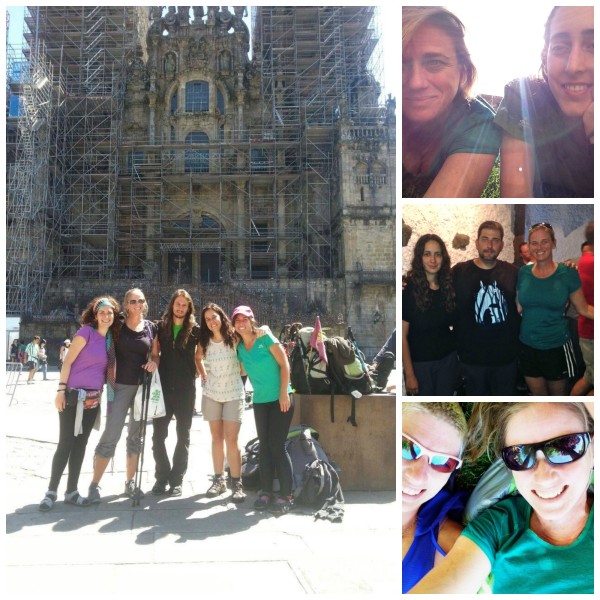