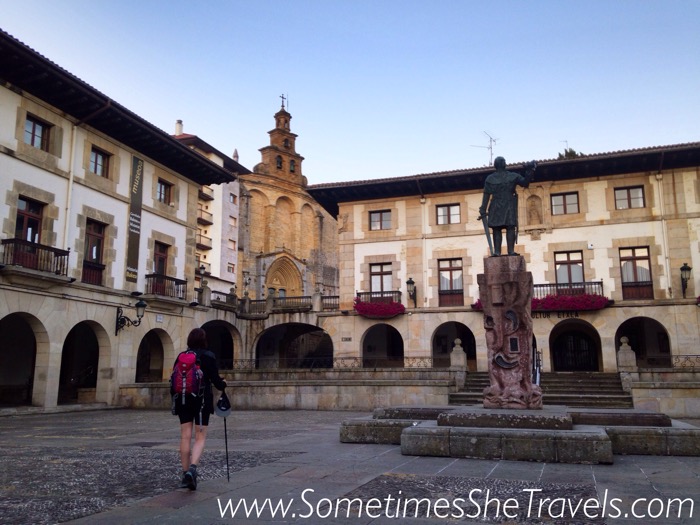 “The world is so empty if one thinks only of mountains, rivers & cities; but to know someone who thinks & feels with us, & who, though distant, is close to us in spirit, this makes the earth for us an inhabited garden.”

Date: 2015 June 25
Route: Gerika to Lezama
Distance: 21.8 km (13.5 mi)
Departure: 0650
Arrival: 1245 in Lezama, them bus to Bilbao
Accommodation: Albergue Garnaba (although located in the old part of the city, which is great, it is not just for pilgrims and several of us mentioned missing being with the others who were staying at the municipal.

Sol and I left the pension in Gernika around 6:15 and stopped for coffee at the lone bar that was open. I love walking through town that early. We ran into a couple from Pollonia who soon outpaced us, though I ran into them several times during the day. 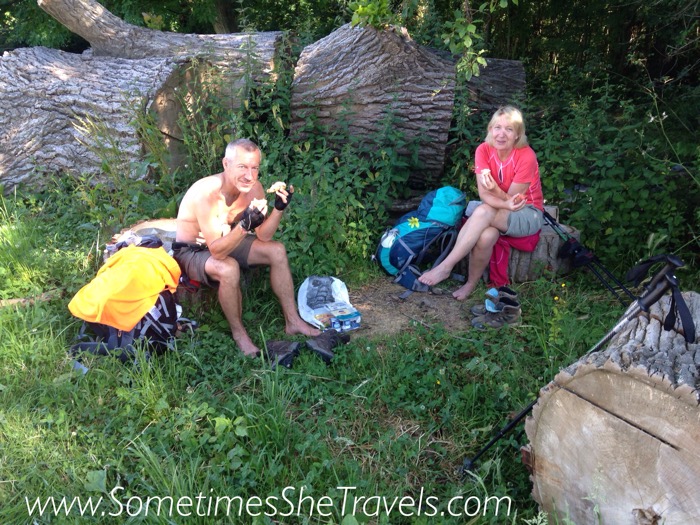 The couple from Polonia (which I later found out is the Spanish word for Poland) taking a break late in the morning.

On the outskirts of town, Sol and I parted ways because I like to stop to take pictures and she likes to hustle. 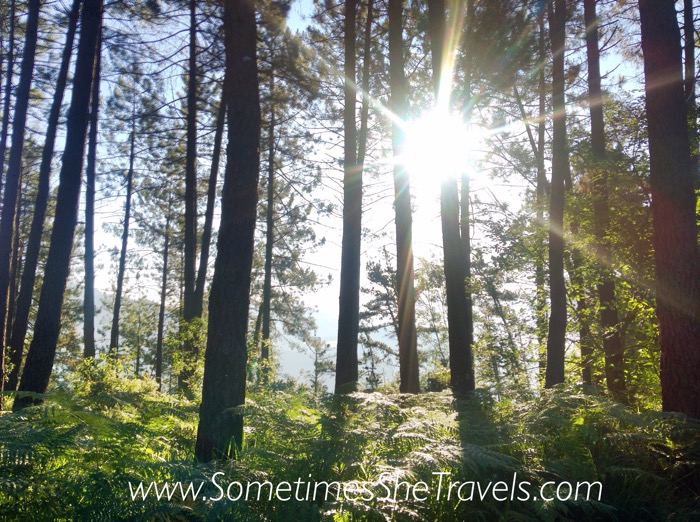 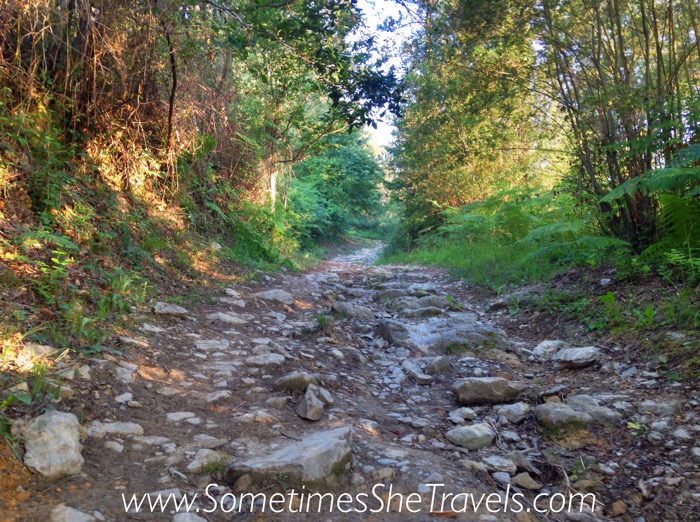 There was a huge climb out of town (par for the course on the Norte) through a pretty forest . The trail was rocky (there’s a shock 😉 ). Along the uphill I met a couple from Australia, Susan and Robert. 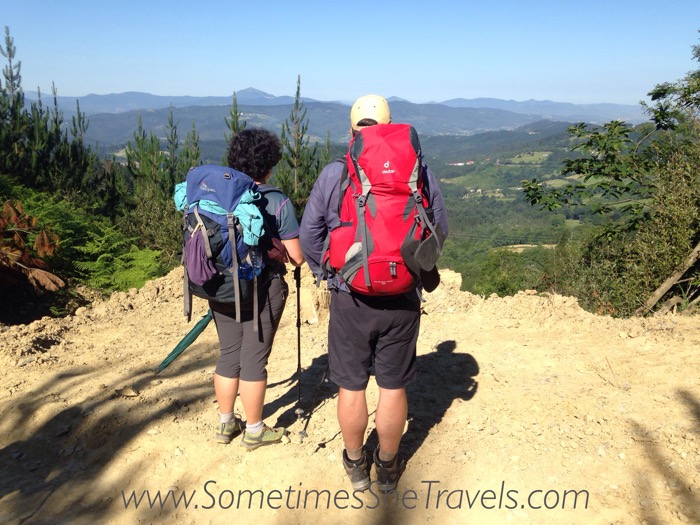 Susan and Robert from Australia enjoying the view 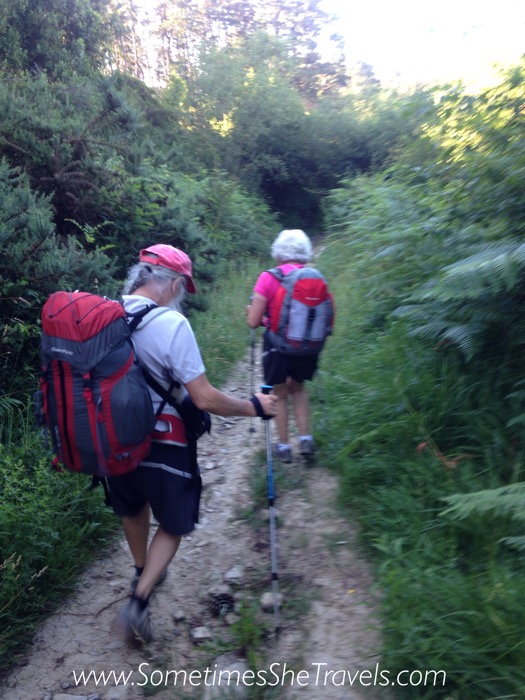 I walked with this Spanish couple who are in their seventies for awhile. they have walked 19 Caminos. 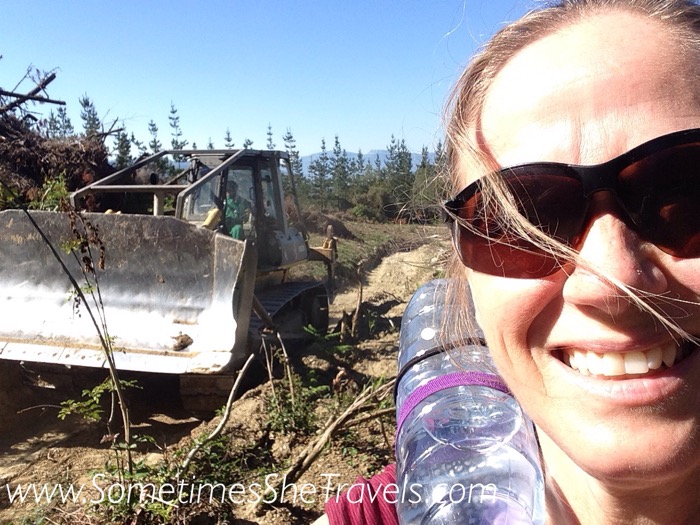 This giant tractor rolling down the Camino was a big surprise. We had to climb up off the trail to get out of its way. 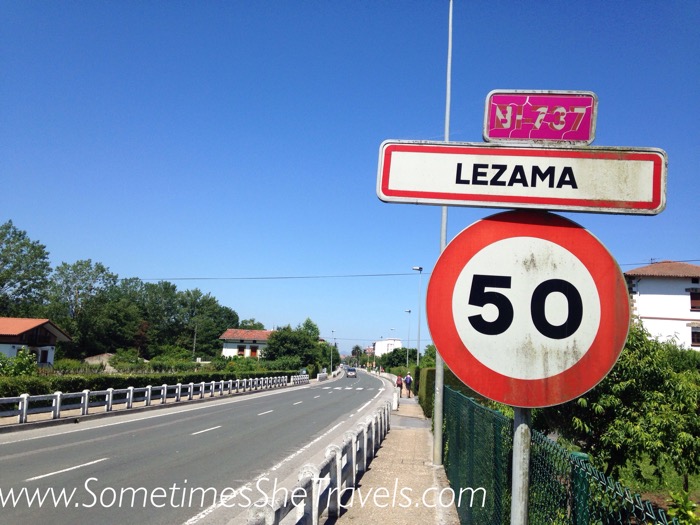 The last few miles were on the edge of a road in the baking sun. iIt got up to 91 degrees today.

I have so many other pictures to show you and people to introduce you to (like the woman I met who did her undergrad at CAL) but it’s after eleven and I’m tired and Sol is trying to sleep. (Tomorrow is her last day).

Anyway, I look forward to being able to organize and upload all my photos from this trip in August or September.