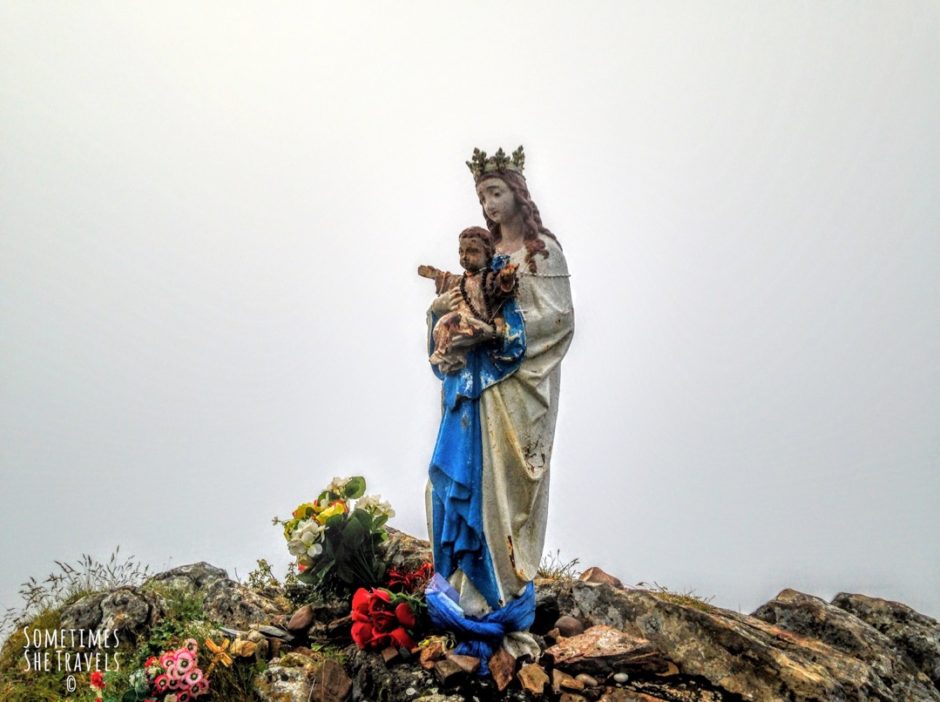 Tonight I received a lovely surprise in the form of an overseas phone call from a Camino friend I made on the Francés this summer. The unexpected call from Europe inspired me to look through the photographs from my recent Camino and, when I discovered this forgotten video, to share it.

The video below documents one of the most treasured moments from the time I spent on the Camino Francés this summer. I love the sheep bells ringing in the fog…

When I reached this point on the Camino last year (2014), the sky was clear, I was with interesting new Spanish friends I’d made at Orisson, and the expansive view across the Pyrenees was breathtaking. I was so distracted by all that, however, that I completely missed seeing the Virgin of Orisson. I saw other pilgrims walking across the field where my companions and I had settled ourselves for a delicious mid-morning picnic of a random assortment of items shared from our backpacks (chorizon, jamón, chocolate, bread…). I could tell that the other pilgrims were looking at some type of small statute on the rocks overlooking the beautiful vista but chose not to check it out for myself.

After returning home that year, I began to read about and see images of the Vierge d’Orisson online and while I don’t identify myself as a religious person, there was something about this weather-worn figure that spoke to me. So this year when I changed Caminos, I promised myself that I would visit her no matter what.

It turned out to be more of a challenge to find her than I had anticipated, one that included an unexpected encounter and created a special memory.

This year the beautiful mountains were shrouded by mist and clouds when I departed Orisson, and the views were limited. This of course created its own special beauty and the the cool air was a welcome relief from the baking heat of the day before (and, unfortunately, later that afternoon). 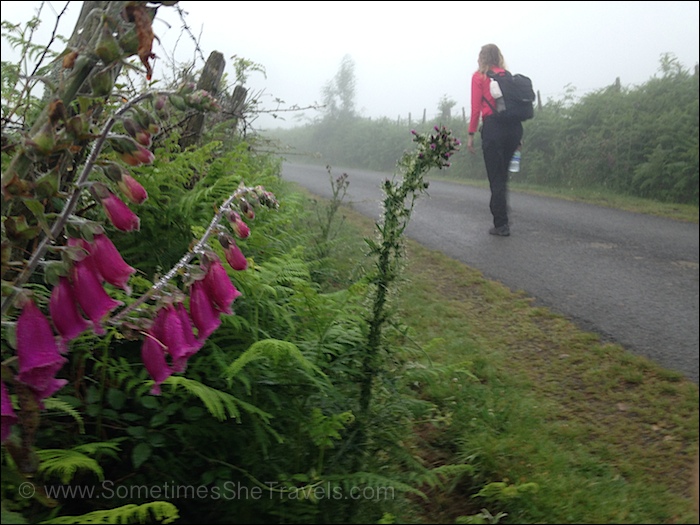 The fog grew thicker still as I walked upward, and I began to worry I would be unable to locate the Virgin. Nevertheless, at a certain point, I stopped, almost certain, despite the limited visibility that I was at the edge of the field that would lead me to her. I was somewhat nervous, however, about making my way across the field, which ended in a steep decline into a deep valley.

As I stood there pondering what to do, I heard the sound of cow bells and began to see figures, which turned out to be sheep, emerging from the mist. Not far behind appeared the quintessential French shepherd bearing a wooden staff and sporting a jaunty gray beret, a weathered face, and a big smile. I began to ask him in Spanish where the virgin was then realized that as we were in France I might need to resurrect my high school French. Haltingly I said, “Ou est la…la…ummm”. He laughed and said something in French which ended in the word “vierge“. “Oui! Oui!” I exclaimed, grinning from ear to ear. 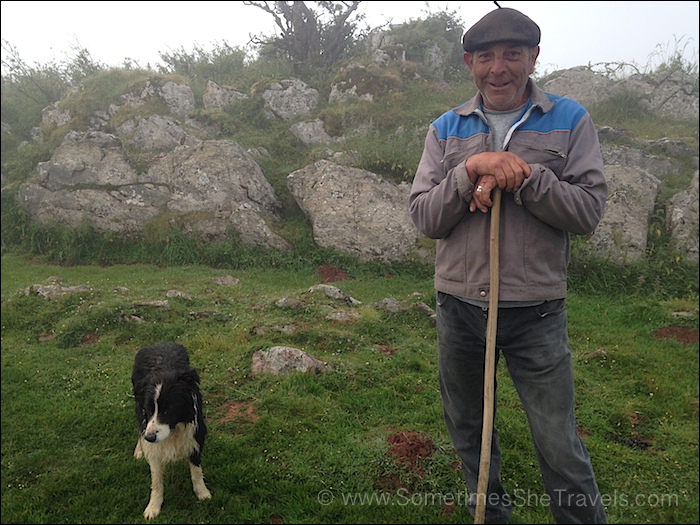 He gestured for me to follow him and across the field we went, followed closely by a black and white dog that had also appeared from the fog. My guide led me to the pile of rocks that served as the pedestal for the statue, then respectfully retreated some distance, staying however, within eyesight. 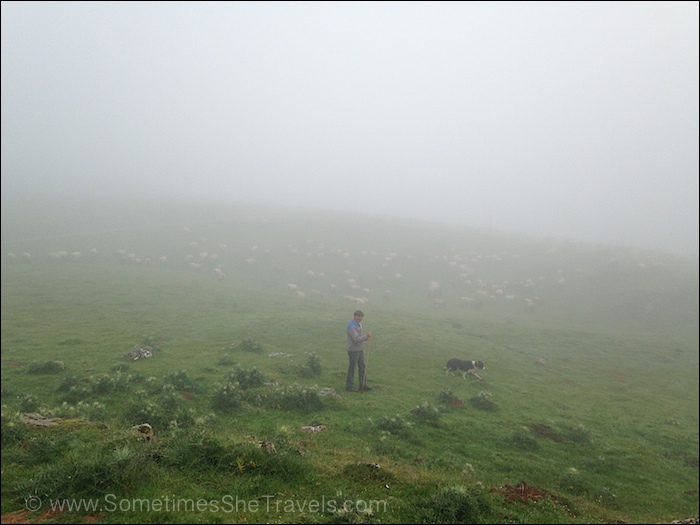 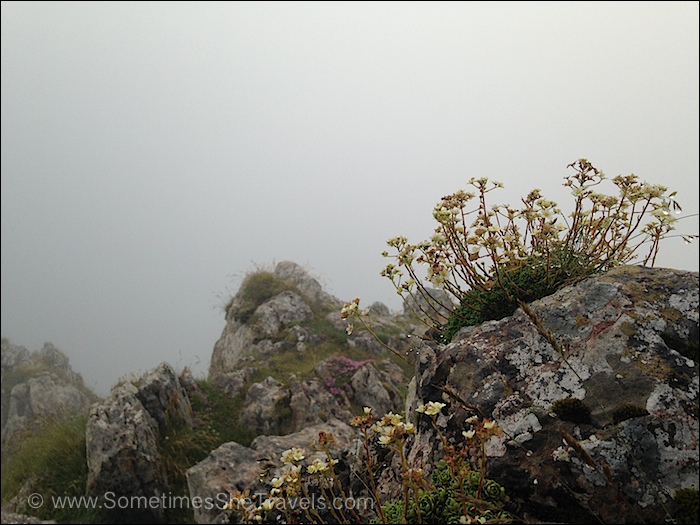 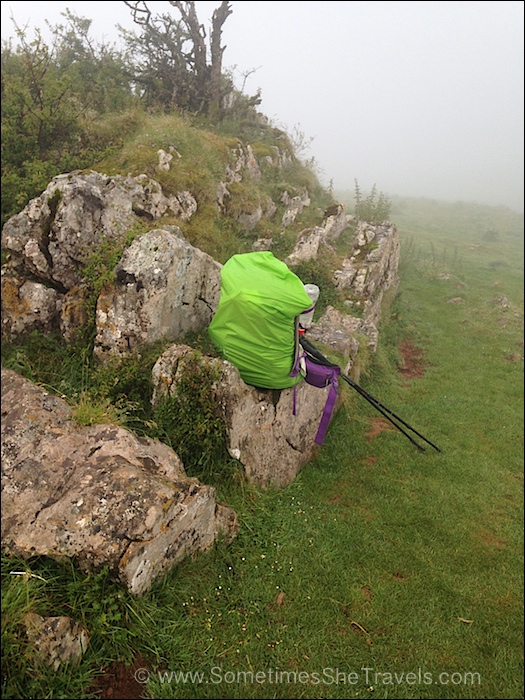 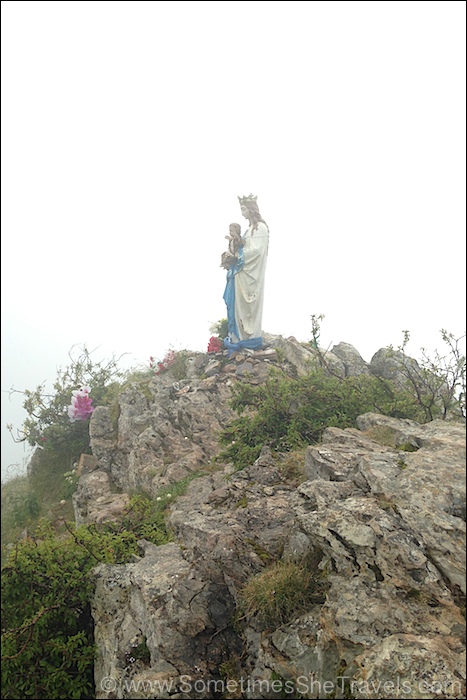 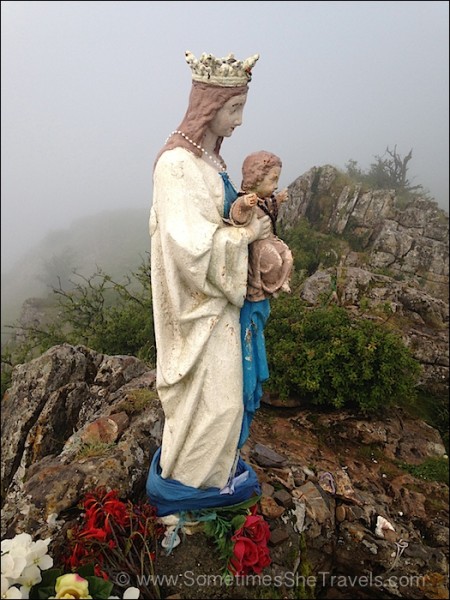 I removed my backpack and sat down to meditate for a few minutes, taking time to enjoy the lovely scene. When I was ready to leave, the French shepherd guided me back to the road, we took a picture together, he kissed me on the cheek and off I went… 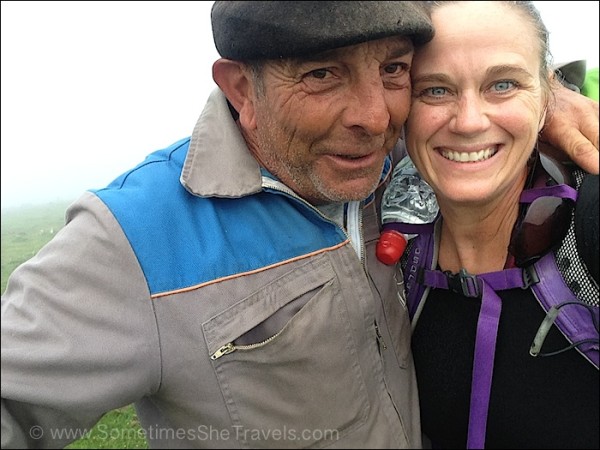 Note: You can read more about my switch from the Camino del Norte to the Camino Francés after nine days here and here.

After the Camino: Alive and Well