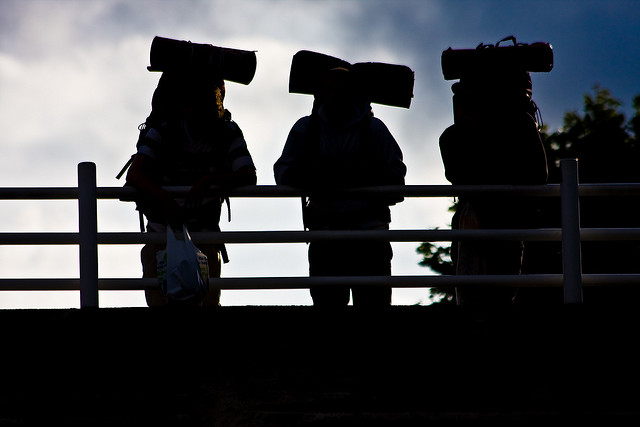 For weeks prior to walking the Camino Francés in the summer of 2014, my gear looked like this: 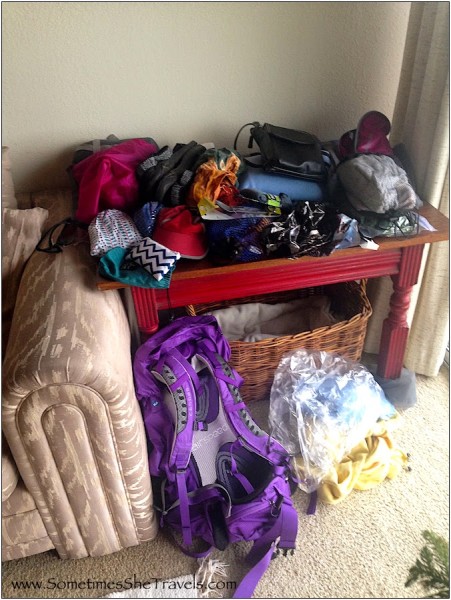 I would pack everything up into my Osprey Sirrus 36 pack but then take it all out, find something new, trade out one thing for another. As it turned out, that’s not totally uncommon. I’ve read great threads on backpacking forums (I love following the PCT forums on Facebook even though I’m not sure I’ll ever walk it myself) about backpackers and their table or floor space devoted to their packing items…even though they are not departing for months.

It’s interesting taking a look at that photo above now, seven months after returning home from the Camino. While some items are still in my pack for this year’s Camino, (the pink Sea-to-Summit toiletry bag in the upper right corner and homemade flannel towel, for example), many of the items were taken off the list either before, during, or after last summer’s Camino:

The photo below shows the gear I ended up taking with me, displayed in a much more organized fashion. 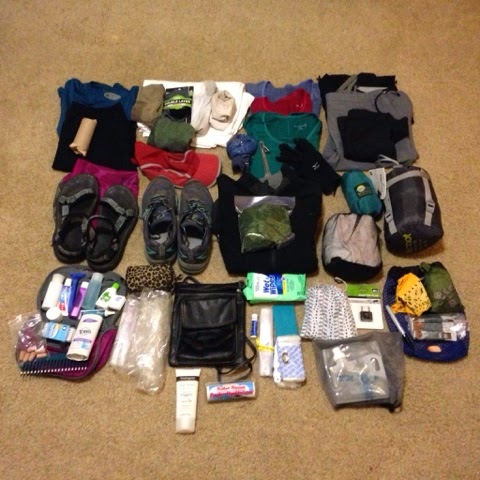