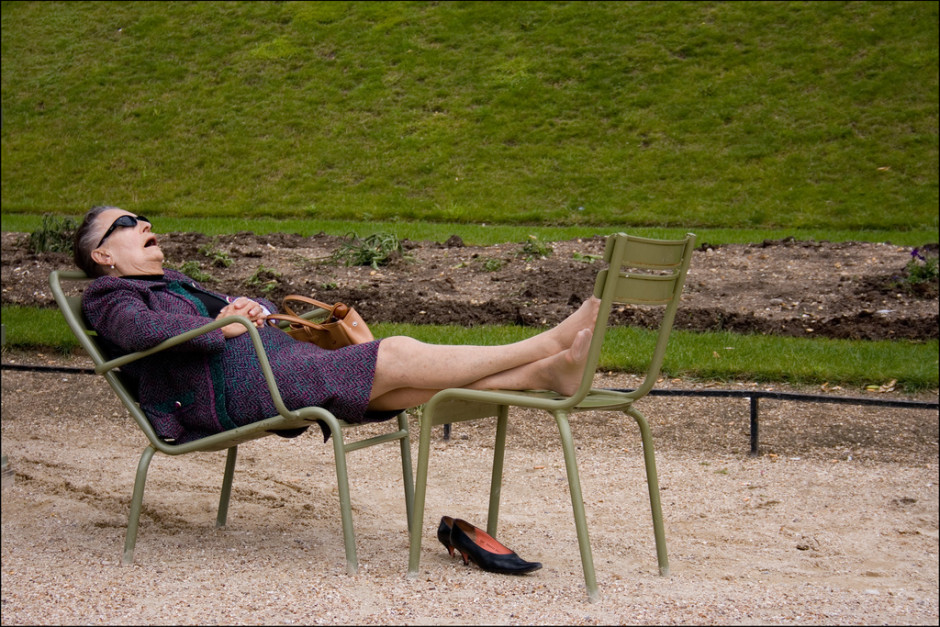 “Sleeping is no mean art: for its sake one must stay awake all day.” ~Friedrich Nietzsche

Yesterday, the parent of one of my students from last year showed up at my classroom door. “I have something for you,” she declared.

“For my trip?” I asked excitedly as another parent (who was kindly stuffing Friday folders) looked on with curiosity.

Handing me a teal-colored bundle the size of a submarine sandwich, Chloe explained that after reading the Facebook posts about my trials and tribulations with regard to finding the “right” sleep system (too confining, too expensive, too bulky, too hot, not warm enough, etc. – just call me Goldilocks), she had gone through her stuff and found something that might be of use to me.

She went on to say that she had used the Dreamsack by West Wind when she was a flight attendant (which I couldn’t imagine at all since I have sort of an ill-conceived stereotype about “flight attendants” that doesn’t include smart, educated women, but since school was about to start, I couldn’t ask her more about it) and that it had served her well in hotel rooms all over the world. She departed and as I walked downstairs to lead my class to morning assembly, I reflected on how lucky I am to have

Last night I was eager to put it to the test. (Just last week one of my colleagues was teasing me about how I have put every single piece of gear for this trip through a vetting process; it’s true, “no stone left unturned”, “chance favors the well-prepared man” and all that!) I folded back my quilt and laid the Dreamsack out on my bed then stuffed my pillow (which alas, will not accompany me on my journey) into the inner pillow compartment of the liner. I was ready for the test.

As with most things, there were pros and cons (skip to the bottom of the page for the list form). I love how light and compact the liner is and I think it might be a little warmer than the cotton sleep sack I made. But I had read many comments online about the common issue of no side opening in sleep liners in general and the difficulties it presents in trying to get out of bed in the middle of the night to go to the bathroom. I experienced the same thing with the Sea to Summit liners I tried. What I ended up doing was sliding my legs off the bed to the floor still in the sack, then stepping out of it, which worked fine at home but obviously won’t work from the top bunk of a bed in an albergue.

It was my first time sleeping in silk and I found I wasn’t thrilled with the smooth, silky feeling that so many people rave about. Turns out I’m a cotton girl, probably because that’s what I’ve been sleeping on my entire life.

Which leads me to my customized cotton sleep sack which I made by sewing together two 45″-wide, ___”-long Baby Gap curtains I bought at a garage sale years ago. Thinking that I wanted to give both my legs easy access to the open air, I had a seamstress sew together the bottom and one third of the way up both sides for the first go-around but discovered after one night that it was, of course, too drafty. So I closed up one side using Heat’n Bond Hem Iron-on Adhesive that had been in my sewing box for years. Sleeping in the sack the next few nights, I was satisfied with much of it: it was easy to get in and out of because one side was open 2/3 of the way, it was soft, it was long enough, not too confining. But definitely not warm enough.

So I cut-to-size an extremely lightweight fleece blanket I had purchased for $12 at Walgreen’s and was pleased to see that with static electricity, there was no need to actually affix it to the sack. The fleece improved the warmth but my feet were still very cold so I began to experiment with the scraps of the fleece, which I sewed into the bottom of the sack to create a foot box. That night, not only were my feet warm enough, there came a moment when they were too warm for the foot box but not warm enough to stick completely outside the sack. Luckily, I hadn’t sewn the top edge of the box to the sack so was able to put my feet between them but even having the fleece under my feet felt too warm. (Something I had also noticed about sleeping on top of a fleece blanket in warm temperatures.)

I began to toy with the idea of compact, portable foot box; basically a drawstring sack for my feet that could easily be removed and shoved to the side of the sack when necessary. Then I realized I was essentially thinking about a single fleece sock so why not just wear fleece socks? I removed the foot box and slept that night in fleece socks, which did the trick.

Then it was time to focus on some of the other issues, beginning with the size. I was happy with the width at my shoulders but had begun to feel, after many nights of sleeping in the sack, that not only was having that much width at the lower legs and feet unnecessary (and added weight), in a way, it was actually uncomfortable in its roominess. Obviously I was not the first person to think of this or the mummy bag wouldn’t exist. I am still trying to decide whether it is worth the effort to trim and resew the bottom of the sack. (If the Nanowave 55+ I am waiting for doesn’t work out, that is what I will do.)

Another issue is the opening. Although I can live with it, it’s not ideal because of draft. My thought is to use Omni tape (which is apparently quieter than regular velcro) or perhaps snap tape to seal up the side but maintain easy exiting.

Something else that would be problematic is the durability of the material. I started safety pinning the sack to my bed at the corners so that it wouldn’t move around and noticed that the fabric was ripping during the night.

The biggest problem of all is that even with the fleece blanket and wearing all my clothes, this sleep system isn’t warm enough. Which is why I ordered the Nanowave 55+. A few months ago, I tried the 45+ but if I recall correctly (can’t find my notes), it was too hot over 64F though perfect below. Looking back on my notes about the REI Travel Sack Sleeping Bag, it wasn’t warm enough when the temp went below 60. It has a temperature rating of 55F but no comfort rating. The Nanowave 45 has a comfort rating of 60F, which may mean I experience the same issues when it gets colder than that. My guess is, however, that the likelihood of the temp going below 60 in the albergues is slim and my hope is that the 45 won’t be too hot over 64 (as was the case with the 55+).

So what’s the upshot of all this? The most important conclusion that some may come to is that clearly I am something of a gearhead.  😉

Featured Photo of Woman Asleep on Chairs by Annabelle Shemer

Silk Sleep Liner
Decision: No
Note 2015/09: On my 2015 Camino, I ended up mailing my beloved REI sleeping bag (see below) forward to Santiago and purchasing a silk liner because of the crazy heat wave.

Homemade Cotton Sleep Sack
Decision: No
Note 2015/09: This sack, without the fleece, would have been perfect on the Camino during this summer’s heat wave. 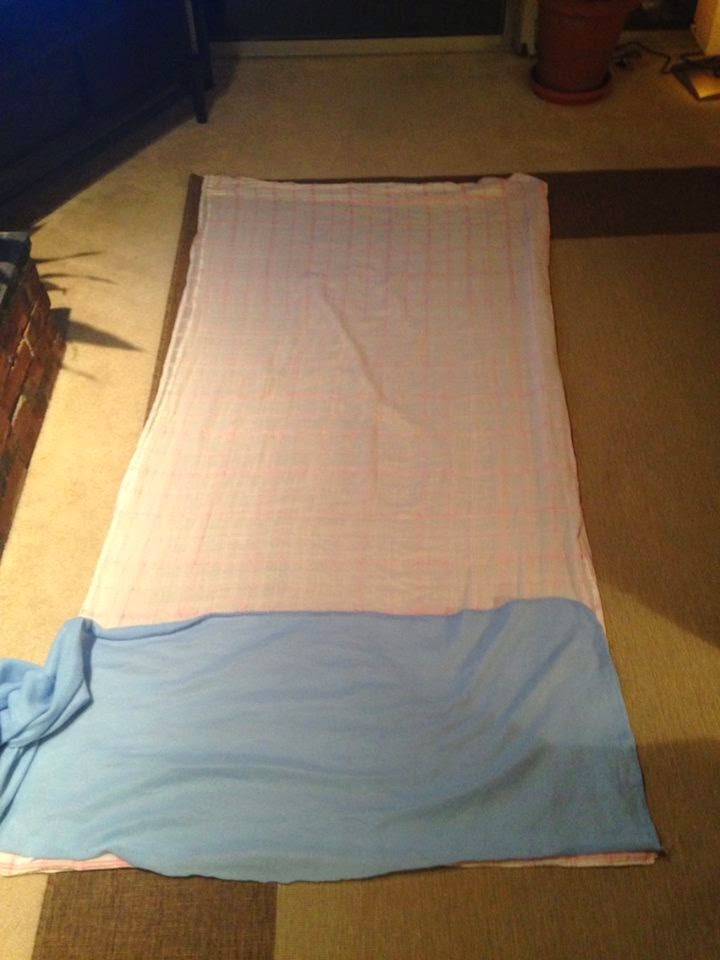 Marmot Nanowave 45
Decision: No (in hindsight, I think that this would have worked out just fine)

REI Halo +40
Decision: Yes (Although I wasn’t sure at the time of the sleep trials, this is the bag I ended up taking with me on the Camino Francés in June and July of 2014. I was glad to have it.)

My Longest Training Hike Yet