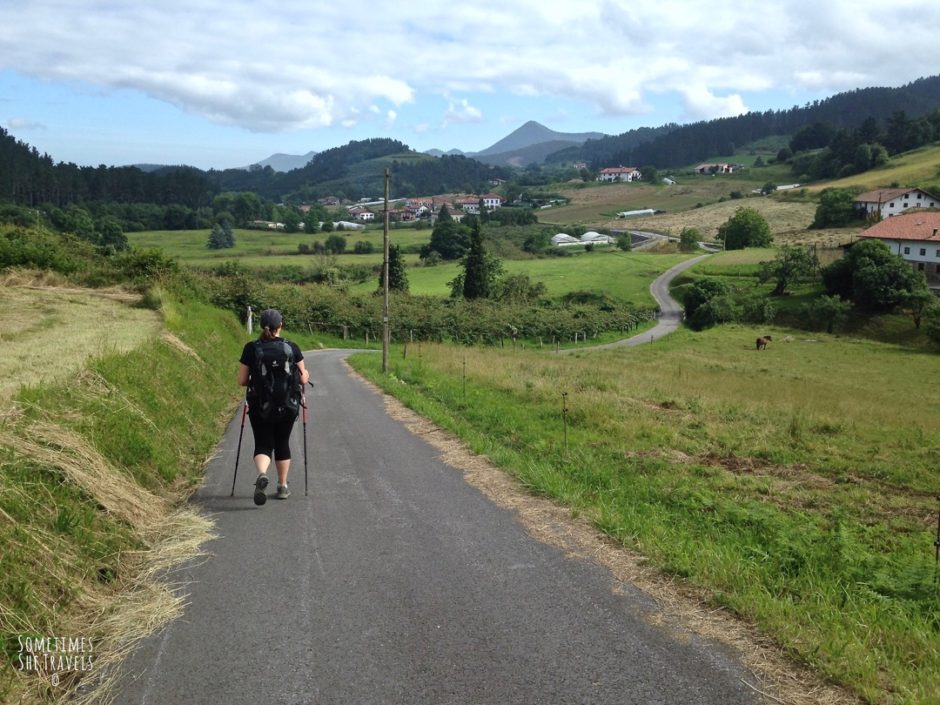 Here’s the thing about being a girl
and wanting to play outside.
All the grownups grind it into you from the get go:
girls outside aren’t safe.
The guy in the car? If he rolls down the window and leans his head out, run,
because the best you can hope for is a catcall, and at worst,
you’ll wind up with your face on the side of a milk carton. ~Elizabeth Austen

With the recent disappearance of North American pilgrim, Denise Thiem (whom my thoughts and prayers go out to), from the Francés route of the Camino de Santiago, I have seen an understandable increase in questions on Internet forums about safety for a woman walking alone on the Camino, although questions about safety on the Camino are nothing new; Google, “how many women have walked the camino de santiago?” and the first 10 search results, which seem to have been written in years past, are about women’s safety.

Last year as I prepared for my first pilgrimage, I did not experience any fear for my personal safety, perhaps because when I lived in southern Spain in 1995, I always felt safe or perhaps because so many female pilgrims have shared online about how safe they feel on the Camino. This year, as I prepare to spend 55 days walking various routes of the Camino, all of which are more isolated than the Francés, I have to admit to feeling occasional twinges of anxiety since learning of Denise’s disappearance. Despite this, however, I am not deterred from making my second solo pilgrimage this coming June, July, and August.

“Tell someone you’re going into the woods alone
and they’ll story your head with trailside cougar attacks,
cave dwelling misogynists, lightning strikes, forest fires, flash floods,
and psychopaths with a sixth sense for a woman alone in a tent.”
~Elizabeth Austen

Last year I traveled alone to Spain to walk the Camino Francés from St. Jean Pied de Port, France to Santiago de Compostela, Spain. Although I started “sola” in St. Jean, by the end of the first evening at Orisson, and although I did not realize it at the time, my Camino “family” had been formed. From then on, the decision to walk alone was just that, a decision. (The details of how often I walked alone versus with other people can be read on my post, An Introvert on the Camino).

And although I chose to walk alone many, many times, through fields, forests, and cities, even in the wee hours of the morning before sunrise, 99% of the time, I felt completely safe. In fact, there were only two times in the 33 days I spent on the Camino during which I felt afraid. The first was when I left Najera before sunrise the morning after a local fiesta and groups of drunk young men still wandered the streets. While a few of them shot some muddled comments my direction that I found impossible to interpret, none of them approached or threatened me. Nevertheless, my pulse quickened as I hastened out of the small city to escape their leers. The second was on my next to last day while walking on a dirt road through a forest after Arzua. It was mid-afternoon and, unexpectedly, I had to walk past a man standing alone near a car in what seemed like the middle of nowhere. Although we barely acknowledged one another, I felt panicked, perhaps because it had been at least 30 minutes since I had seen another pilgrim, perhaps because some form of intuition had kicked in. As soon as he was out of sight, I even began to run.

What I would like to point out regarding these situations, however, is that they were both completely avoidable. It is a simple thing to wait in the lobby of an albergue and leave with, or just behind, other pilgrims. It would also have been easy for me to wait in Arzua for a group of my friends who had decided to stop for lunch or at the edge of the forest for other pilgrims to walk by.

Generally speaking, however, while on the Camino in June and July, I was always within 100-or-so yards of other pilgrims, often to my frustration when I tried to take landscape photos sans people. Aside from those two incidents, I felt a profound sense of safety and well-being. Looking at the statistics from the pilgrim’s office in Santiago de Compostela, over 100,000 women walked the camino in 2014, and, to the best of my knowledge, did so without falling victim to any foul play.

So although I have these flickers of fear, I am not conflicted. I will return to the Camino. Alone.

There are a number of inspiring women bloggers and authors who write about fear and solo travel for women. One is poet laureate Elizabeth Austen, with her thought-provoking poem, “The Girl Who Goes Alone” (for those of you who prefer text to video, you can read her poem here):

Another is blogger Torre deRoche whose “about” snippet declares, “Once upon a time I thought that adventurers were fearless. Now I know better.” And whose blog post, “A Woman Who Walks Alone” reminds me to remain alert but positive.

Finally, Anina Anyway, a Spanish blogger, encourages us to walk the Camino de Santiago solo and says, “Live your life, not your fears!”

Poem, “The Girl Who Goes Alone”, used with permission from the author.

Walking the Camino: How Do I Get Started?