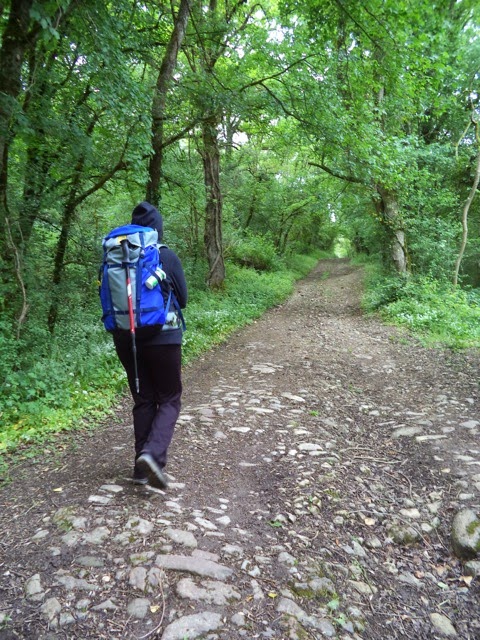 “A journey is best measured in friends, rather than miles.” – Tim Cahill
(La versión española)

This guest post was written by my friend, Yeni, one of the first strangers I met my first night on the Camino, and the last Camino friend I said goodbye to in Santiago de Compostela 32 days later. Yeni walked 2,000 kilometers from Vezelay, France to Finisterre, Spain, in May, June, and July this year. A couple weeks ago, I asked Yeni if she would write a “guest post” about why she decided to walk the Camino…

Why do the Camino? It was a recurrent question during the 78 days that I walked. For some people it was a taboo question because it is very intimate and personal. Some people said it was a question that shouldn’t be asked. There were those who only dared to ask after sharing a couple of albergues, many miles, and many cups of coffee. Other people asked the question five minutes after crossing your path. 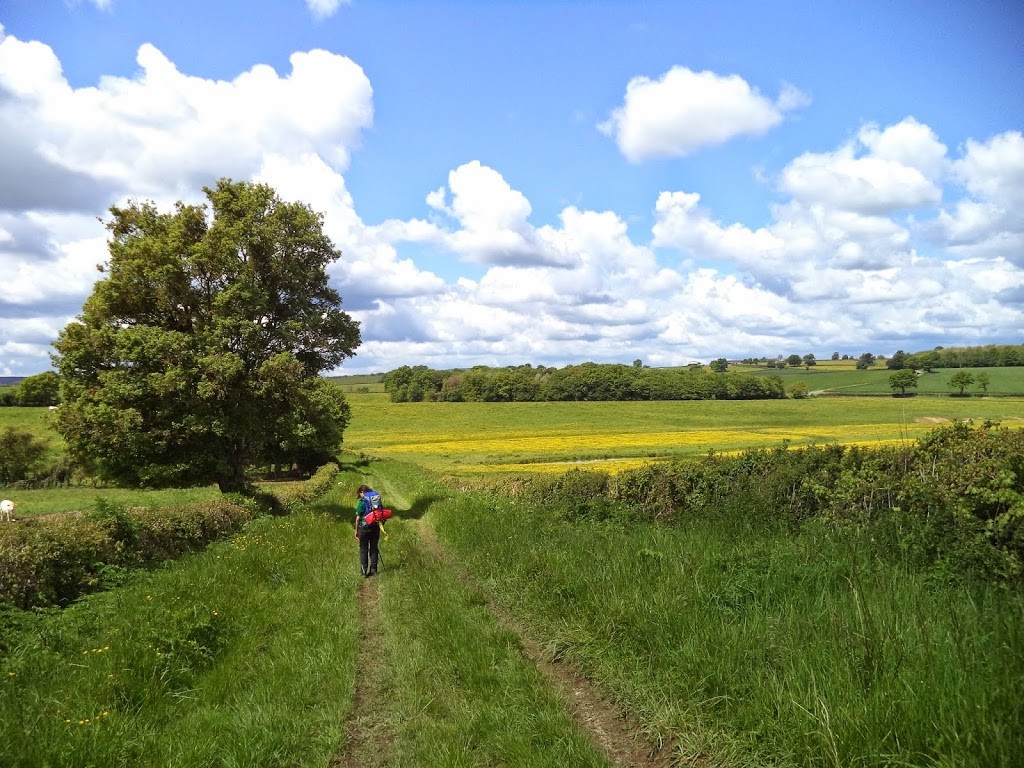 “Incredible landscapes. The whole Camino just for us!”

It was for all types of reasons. People were doing it for the memory of someone, to become stronger, as a transition between their work life and retirement, to lose weight, as a challenge, for vacation, as an experience… Anyway, for many different reasons.

A Frenchman that I met in the second week told me it was his second Camino and that he still wondered how people could have the motivation to do the Camino more than once. Later I met people that were doing it for the fifth or sixth time. It becomes an addiction. I wondered if those people weren’t just leaving their real lives to live in a fantasy or a dream. But, what is “real” life? A thousand years ago, when there were already pilgrims, would the “real” life have been living in a city with thousands of cars, locked up in an office eight hours a day, eating prefabricated fast food, living attached to a computer monitor?

Or was “real life” in the fields, in nature, the mountains, sharing moments with people, thinking, living a basic and simple life?

I don’t know why people want to go. Most of the time I didn’t know what to answer. And other times I just avoided answering. Maybe I answered once or twice. Even after returning home I couldn’t figure out an answer, even if I knew – sometimes – the reason.

(Click on any photo to view album in LightBox).

“This sign is on a Roman bridge in the city of Limoges, where I first heard about the Camino ten years ago. Here passed the Limousine Route of the pilgrims to Santiago de Compostela. Although it uses the past tense, it should really say, ‘pass’ because we pilgrims are still passing by.”

One of my favorite photos of Yeni, goofing around with our friend, Suc, in Palas de Rei.

About the guest author:

Yeni, who lives in Monterrey, Mexico, learned about the Camino when she was teaching secondary school in Limoges, France, nine years ago. While exploring the city, she found a plaque on a Roman bridge that mentioned the pilgrimage, which is how she came to know about this tradition. Because Yeni enjoys traveling and discovering new worlds, she decided to embark upon this adventure.

Which Camino to Do This Summer?